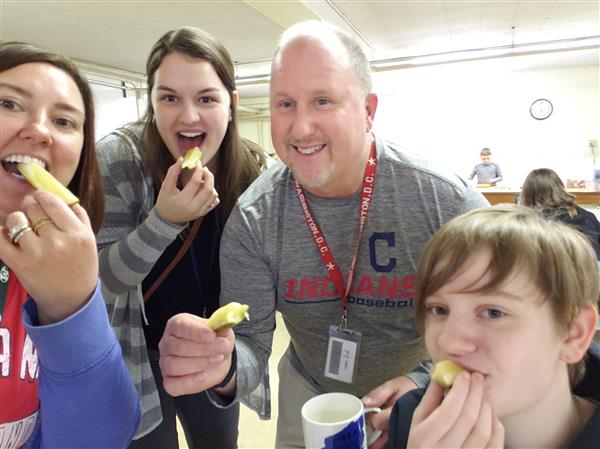 John Leatherman, Principal of Evolve Academy, has been with the Medina City School District since 2000. John served as a 7th and 8th grade teacher at Claggett Middle School. He taught under a co-teacher model with both special education and intensive needs identified students for the majority of his teaching career. Also, from 2003 through 2005, he held the position of administrative intern. In 2010 he was voted in as President of the Medina City Teachers Association – a post he held until he accepted the administrative position Evolve in 2017. One aspect that has not changed from his very first year as a teacher is that John has always had a knack for connecting with the tough-to-reach kids – that focus will not change.

Prior to his career as an educator, John served in the Army from 1987-1989 (two year college plan) and from 1990 through 1991 John was re-activated stateside in operation Desert Storm. After he was honorably discharged, he attended The Ohio State University and graduated in 1995. He began his career in education in Chicago, IL – having taught for approximately 5 years. After 4 years in Medina, in 2004, he earned his master’s degree in administration from Ashland University. During John’s time with Medina City Schools, he has served on several building-level committees, coached both football and basketball at the middle and high school levels, and took part in district-wide initiatives.